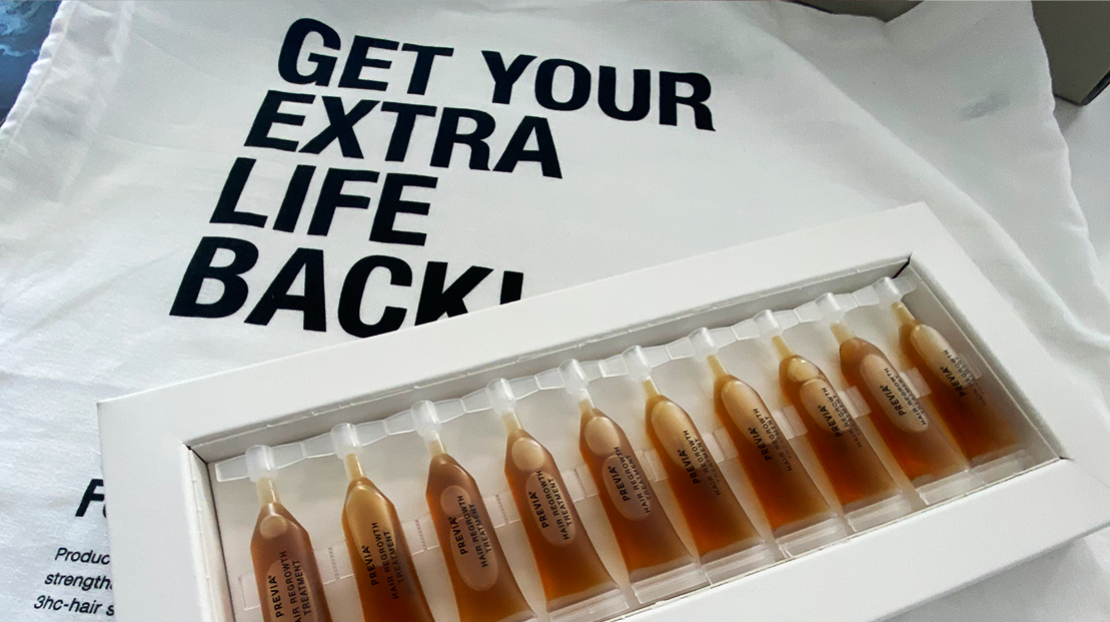 GET YOUR EXTRALIFE BACK

Sebum traps polluting particles and acts on the scalp intensifying its problems. Lack of aggressive chemicals in formulations allows to detoxify scalp and hair while maintaining them in good health.

The use of pure and delicate substances restores the skin to a suitable level of hydration and elasticity, reduces and prevents the arising of irritations and the forming of dandruff.

The health of the hair and scalp depends largely on one’s psychophysical condition: the arising of anomalies compared to a state of good health of the skin and hair has several causes which range from stress to poor nutrition, alterations in the microbiome in the scalp to hormonal imbalance. A healthier and more varied diet, combined with healthier lifestyle habits such as regular physical exercise may lead to solving these problems.

Alongside this, a more careful handling of one’s scalp as a first effect will bring about visibly more beautiful hair, but above all healthier and stronger hair. The first step is certainly the correct choice of specific products according to the condition of the scalp, which can be prone to several kinds of problems such as dandruff or thinning.

The first effect of suitable cure of the scalp is visibly more beautiful, but above all healthier and stronger hair.

One of the issues most dreaded by men and women is hair loss. The loss of a certain percentage of hair is an absolutely natural phenomenon connected to the life cycle of hair, which becomes more abundant with the changing of seasons. Seasonal hair loss is therefore physiological and generally lasts a few weeks. If though, the problem is not resolved in a short time, you may be in the presence of abnormal hair loss, characterised by imbalance between hair in the losing stage (TELOGEN) and in the regrowth stage (ANAGEN) which leads to the thinning of hair. To partly counteract this anomaly on the scalp it is necessary to reactivate micro blood circulation by combining ad-hoc massages and cosmetic trichological treatments aimed at reinforcing hair bulbs in the moment of greater weakness.

Energising is the beauty routine dedicated to the care of the scalp for the prevention of temporary hair loss. This treatment aims at infusing new life into the scalp. It frees the most outward layers from toxins and pollution residues and by stimulating blood circulation, energises the scalp invigorating it and making the hair stronger and more resistant.

Generally accompanying hair loss, thinning is a problem on its own, often caused by the simultaneous insurgence of several anomalies. The accumulation of sebum, which traps dirt and pollutants, poor circulation and the presence of excessive dead cells, leads to great stress on hair bulbs on the scalp, which will then tend to prolong the quiescence stage, thus reducing oxygenation and nourishment to the hair. Gently cure the scalp which is affected by this issue, through the use of purifying shampoos and purifying, soothing and sebum regulating treatments which purify and hydrate the skin deeply for healthier hair.

The hair becomes greasy due to a series of factors which stimulate the over production of sebum at the level of the scalp. Sebum is a natural component of the skin, which carries out a protective and strengthening function, but when produced in large quantities, it has the opposite effect, causing the insurgence of other scalp problems: itchiness, irritation and hair thinning due to lack of oxygenation in hair bulbs. The most effective treatments to fight seborrhea must not only remove the oily film gently, but also restore balance in the scalp to minimise the overproduction and the accumulation of excessive sebum, calming irritation and redness. If applied correctly, the purifying routine is able to revitalise the hair restoring shine, softness and strength.

Excessive scalp desquamation, commonly called dandruff, may be caused by the invasion of a pathogen agent or a genetic condition triggered by several contingent factors such as prolonged exposure to pollution, use of products with an overly high alkaline pH, poor nutrition and a stressful pace of life, and it has highly impacting aesthetic setbacks. All hair and scalp types can be subjected to the insurgence of dandruff: it is very frequent and common among women and, in slightly greater numbers, in men. Dandruff is simply the result of a very fast renewal cycle: dead cells deposit themselves on the outer layer of the scalp, leading to the formation of scaly layers which then detach themselves.

From the aspect of the scales the type of dandruff one is affected by can be detected and the condition which gave rise to it discovered.

Thin and dry grey/white scales, falling on shoulders are typical of moderate dandruff; wide oily yellowy scales, generally stacked on the scalp are caused by a minor form of seborrheic dermatitis and are often accompanied by itchiness, irritation and redness. Psoriasis, associated to dandruff, presents itself as red areas, with annoying itchiness, where dry whitish plaques of scales remain anchored to the scalp.

In all cases, it is extremely important to cleanse the scalp carefully, using products with high anti-bacterial antiseptic and calming action so that the scalp may enjoy its natural balance

Purifying beauty routine is the answer to scalp anomalies such as sensitivity, hyperseborrhea, dandruff and desquamation. Purifies and normalises sebum production leaving the skin clean and elasticised. Soothes the most irritated and sensitive scalp. Ideal for counteracting dandruff, normalising sebum secretion and reducing irritations. 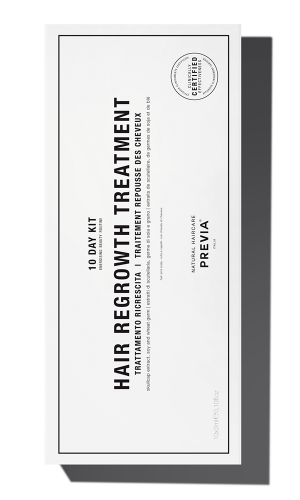 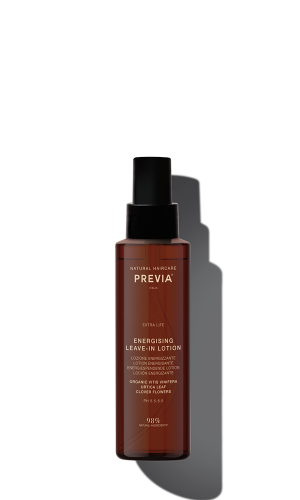